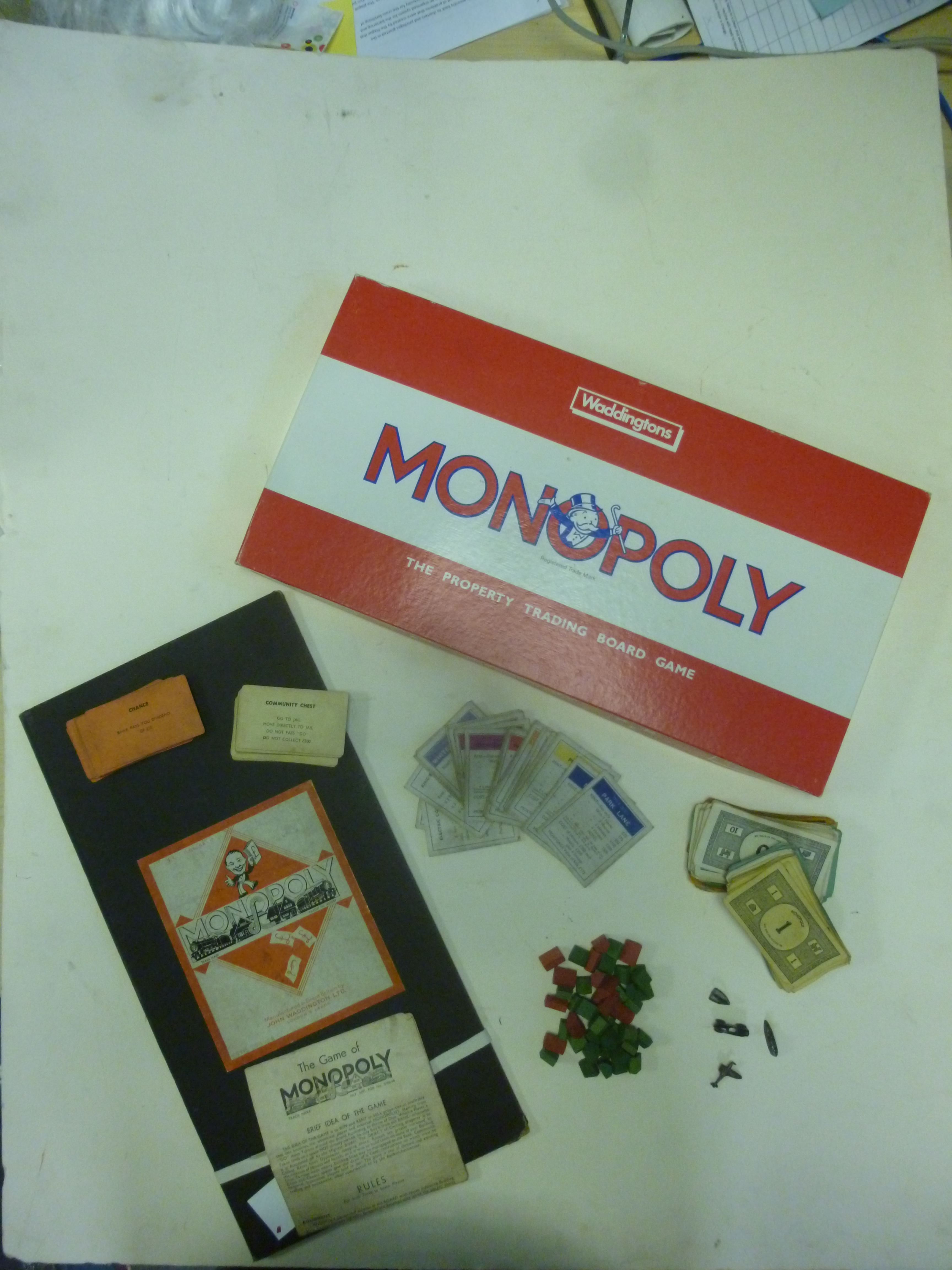 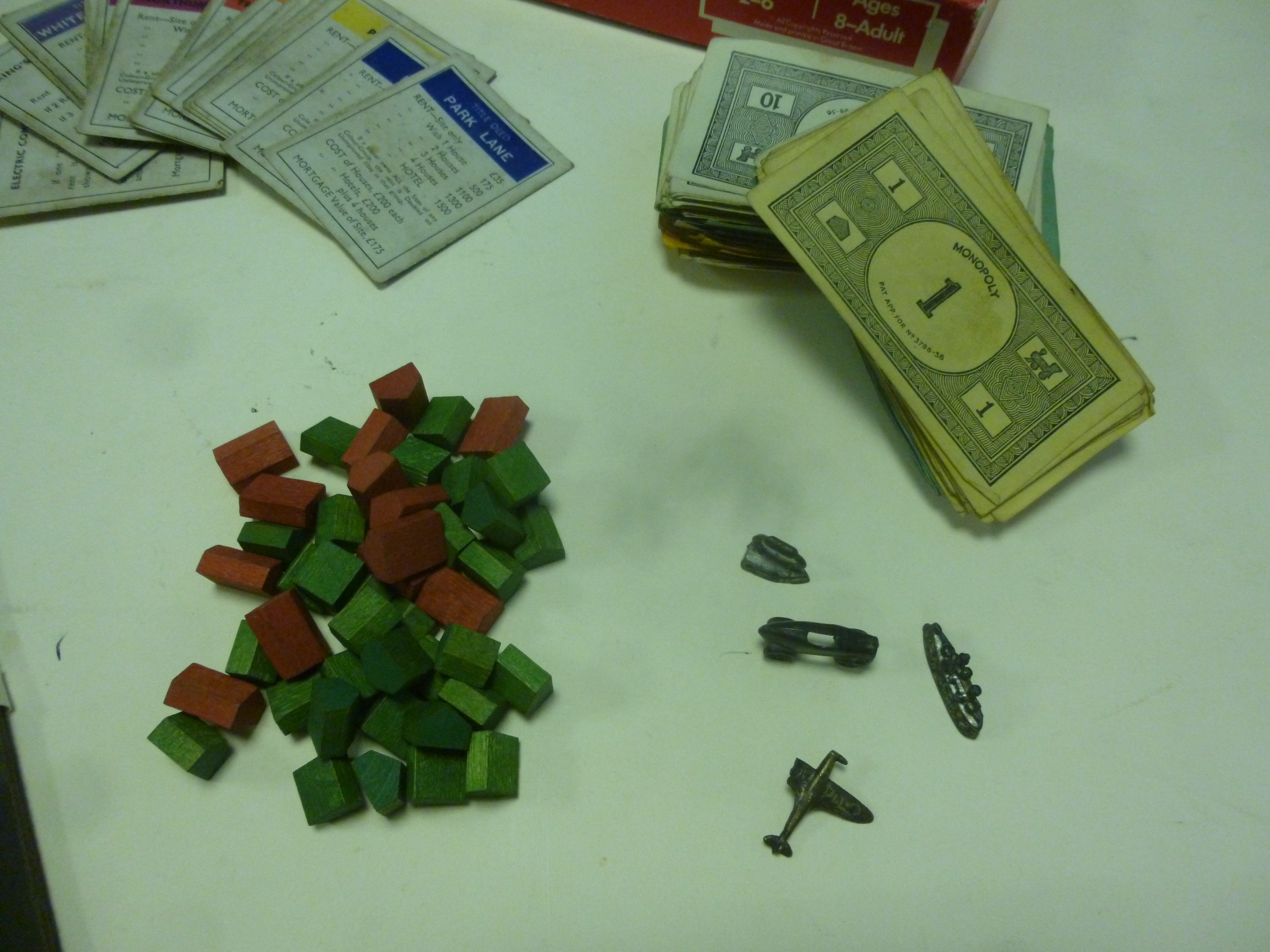 A look in the Beamish stores can turn up the most unexpected things – we’ve been working on putting together a selection toys and games to loan to the Bowes Museum for their summer holiday exhibition. It’s always nice to be able to help out a fellow museum with a loan, and it gives us the opportunity to spend some quality time in the stores.

We’ve looked at all manner of toys from automota to teddy bears, dolls to Victorian toy building stones (the name doesn’t lie – these are actual stones, and really heavy!).

Looking through our huge selection of board games for the loan, we came across something very unusual indeed – a Monopoly board with a crucial difference:

The home-made Monopoly board 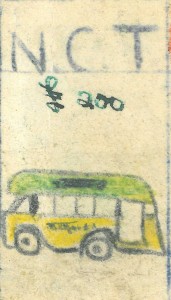 The National Coal Board: 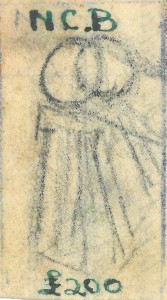 And (of course), the jewel in Monopoly Newcastle’s crown, St James’ Park: 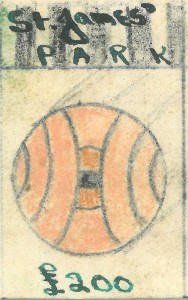 Home of the Magpies and the hottest property on Monopoly Newcastle’s board!

Yet more surprises lurk on the back though – the board is actually drawn on the back of a historic legal agreement. It’s a legal paper relating to a land agreement between farming branches of the Wales and Lumsden families, in the wake of an inheritance from a man named William Cuthbert.There’s quite a lot missing – the paper has been cut, folded and trimmed to Monopoly size.

It’s appropriate in a strange way that a game so focused on land and property should be played on the back of a document like this. The forerunner of Monopoly as we know it was ‘The Landlord’s Game’, developed by Elizabeth Magie in the United States in 1903. Elizabeth invented the game to demonstrate the often terrible effect of land monopolies – a long way from the ‘buy it all’ game that we now play. 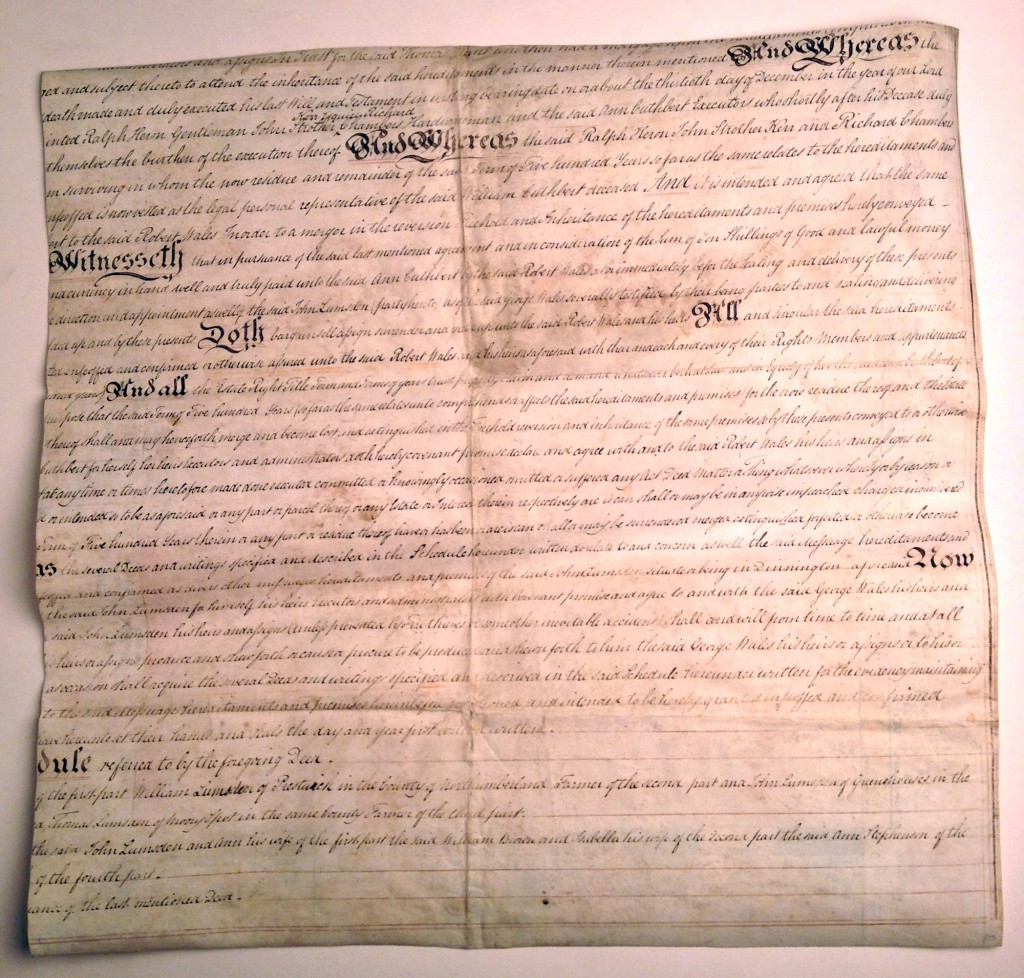 The back of the board

It is a unique and fascinating object, and offers us a real snapshot of what was happening when it was drawn up. We don’t have a specific date for when the board was made, but because the NCB was set up in 1946 and took over the pits in 1947 we know it is definitely postwar, and we estimate that the board probably dates from the 1950s. If you can shed any light on who might have made it, please let us know!

This little board tells us about local pride, the nationalisation of industry, the re-use of materials, hobbies and pastimes and even 19th century land agreements!  It just goes to show how just one object can tell us many stories if we look carefully enough at the details – even the policeman is subtly different, with the usual Monopoly American-style cop replaced with a proper British bobby, and ‘JAIL’ with the pukka British ‘GAOL’. 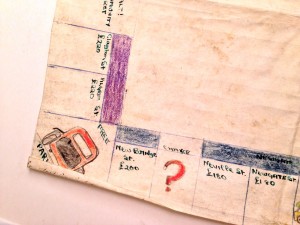 Nowadays, Monopoly versions of many different cities are a common sight – Newcastle and Gateshead have had their own officially licensed version of Monopoly for some time but our board shows that an enterprising northeastener got there first. It’s a long way from Atlantic City, the location of the original game, but I reckon Scotswood Road and Grainger Street beat Park Place and Boardwalk any day of the week! Have you ever made your own version of a game?  What about your Monopoly memories – were you a successful junior tycoon, or were you usually mortgaged up to the limit? Did conflict ever break out over the little green houses? It always did in my house!