On day twenty two we’d like to share with you this fantastic image from our photographic archive of Father Christmas arriving at Peterlee in the back of a Robin Reliant Convertible. The image dates back to 1957 and we absolutely love how excited everyone is to see him! 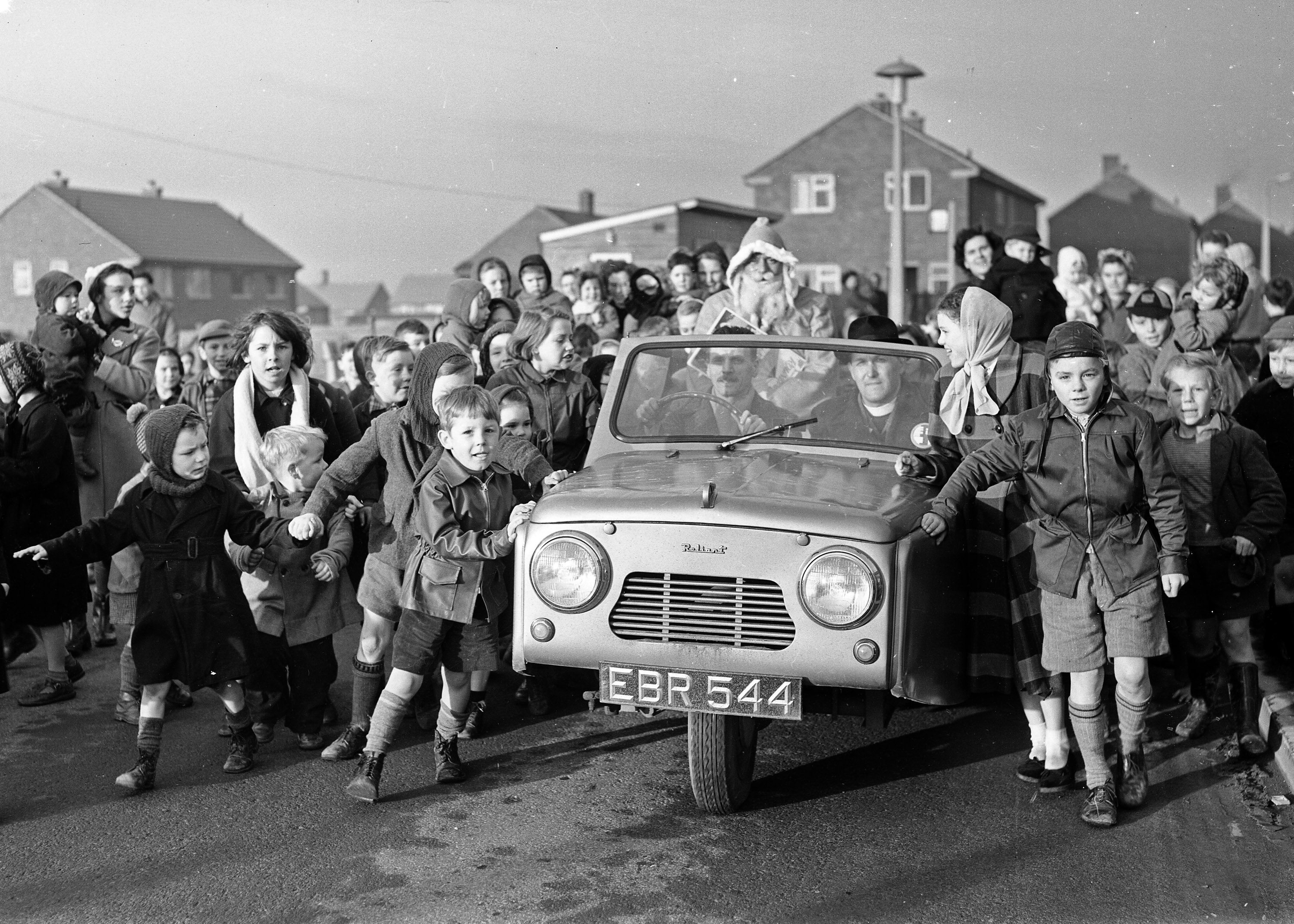 On day twenty of advent we bring you this fabulous set of bubble lights. Patented in 1935 by American Inventor Carl Otis, bubble lights had, by the 1940’s became the must have accessory for the Christmas tree. This Juggler set are by U.C. and date from around the mid-20th Century. The lights themselves are glass tubes filled with the chemical methylene chloride. At the base of each tube is a bulb which heats the methylene chloride up to make it bubble and In most the liquid is tinted a different colour. 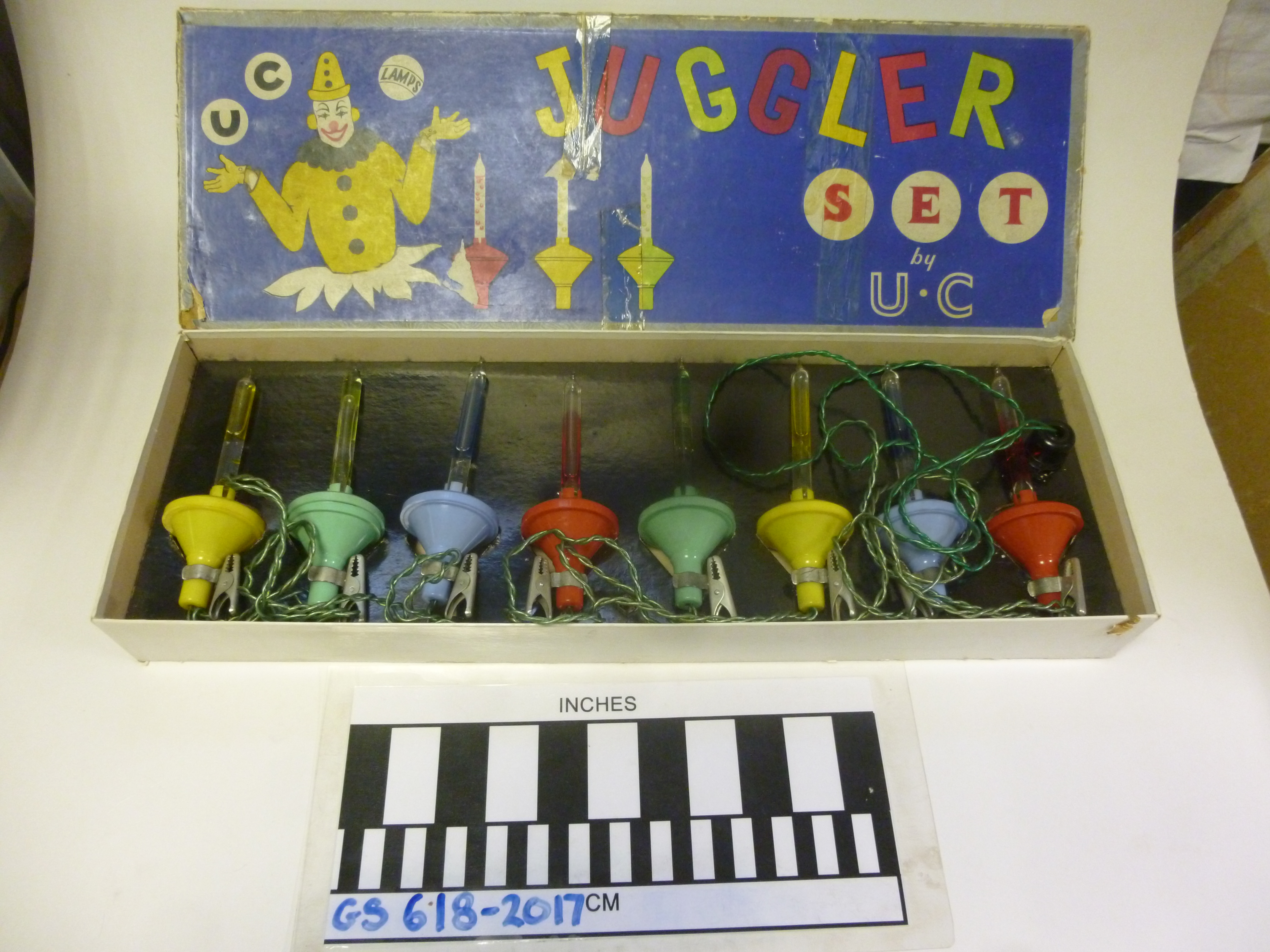 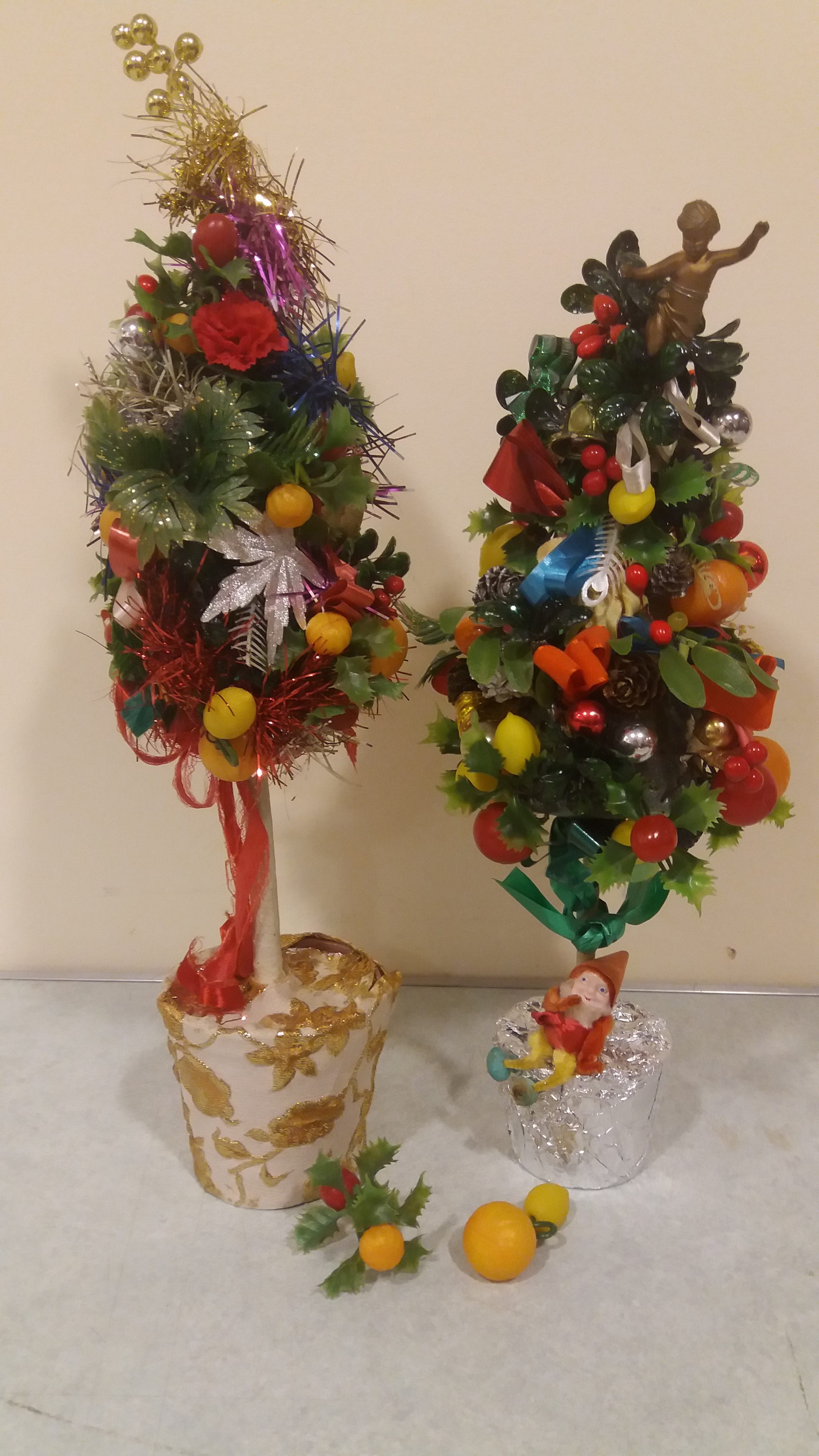 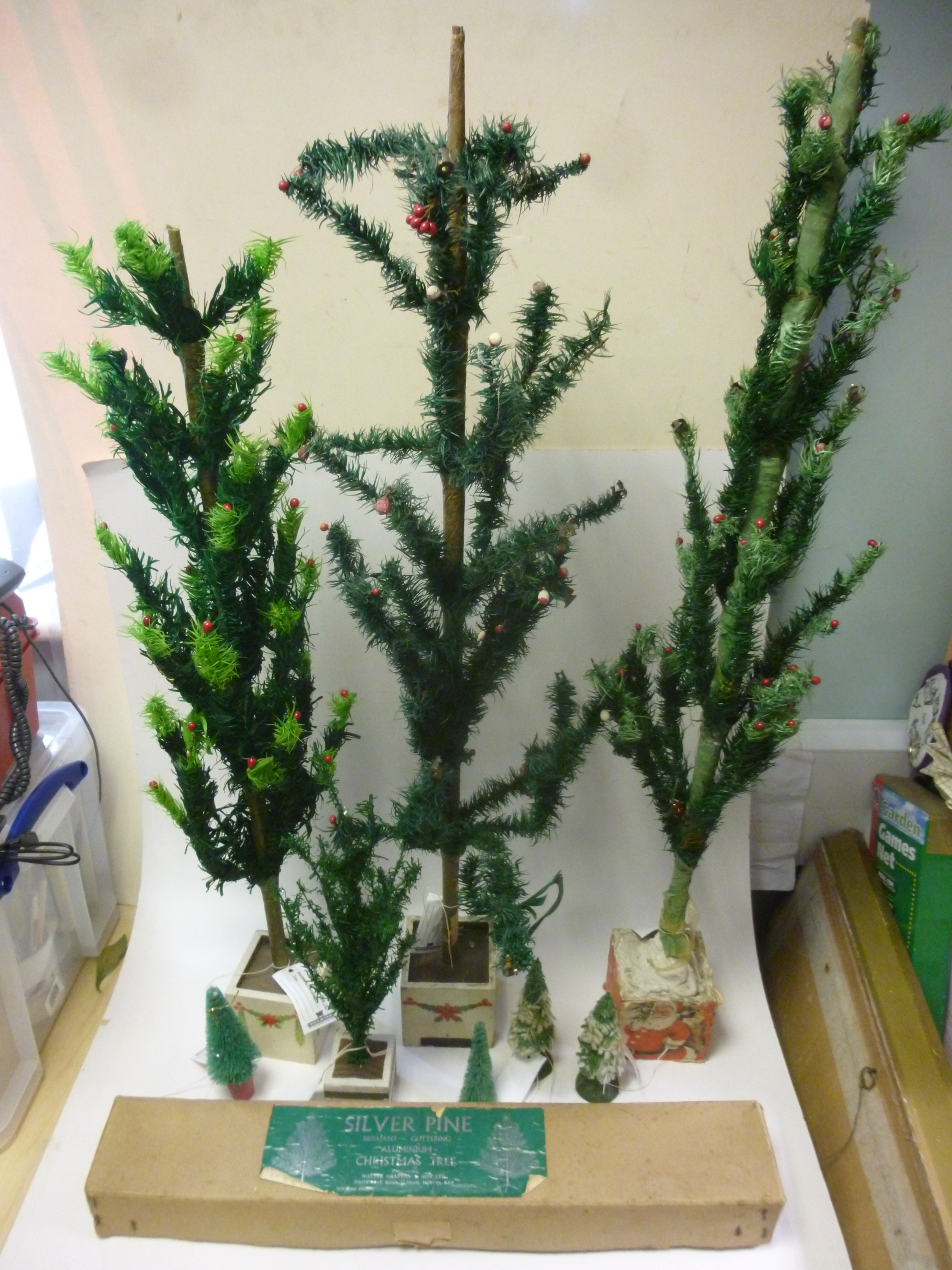 Actor Roy Rogers was everyone’s favourite on screen cowboy from the 1930’s right through to the 1980’s. This Christmas annual dates from the 1950’s and pictures Rogers heaped with gifts…what more could any child want? 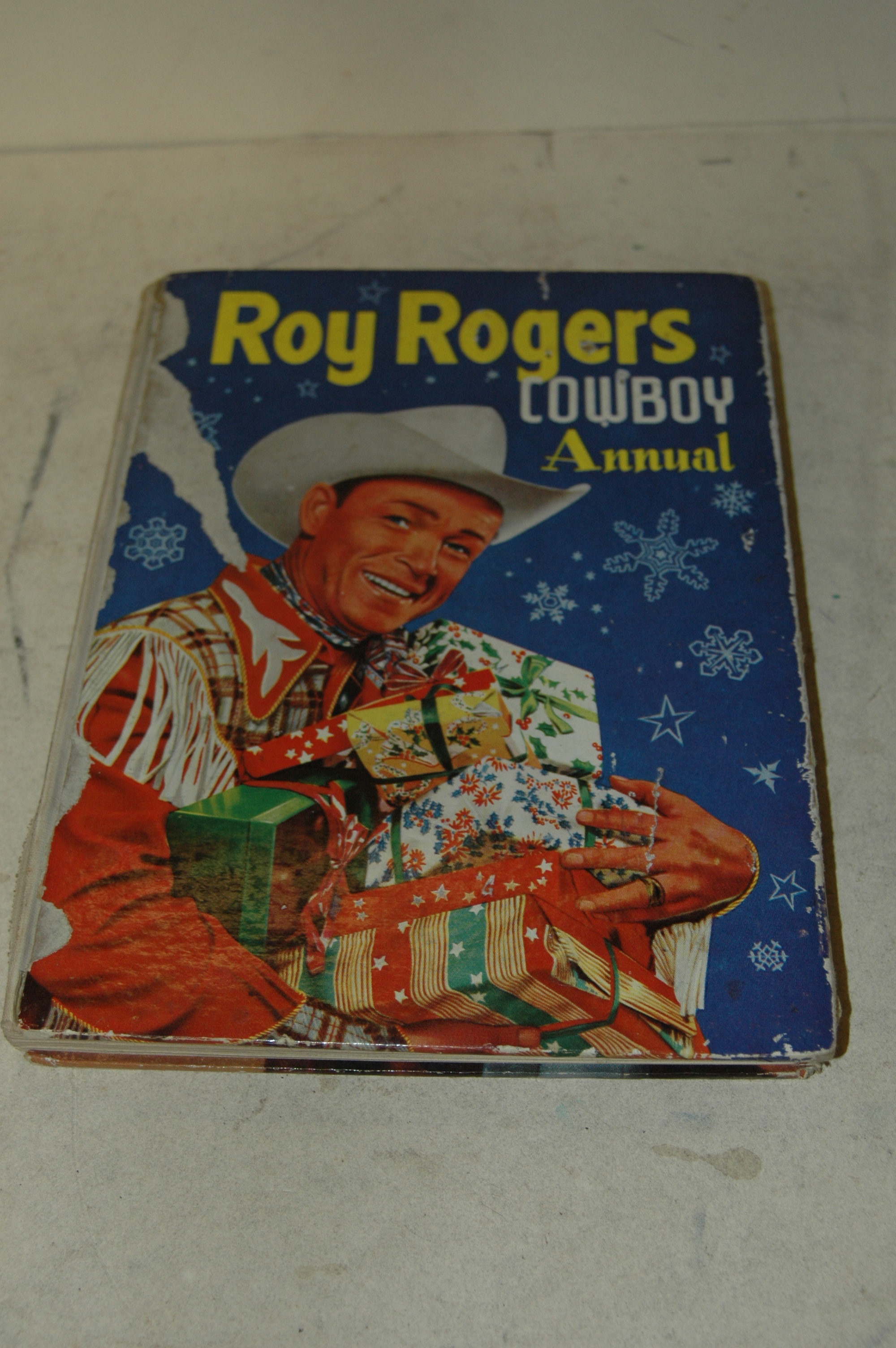 This adorable collection of handmade dolls house furniture, reminiscent of DIY Blue Peter (BBC) creations, was donated to the museum in May 2015. The collection includes a pink bedroom suite, dining room furniture and two sets of drawers. 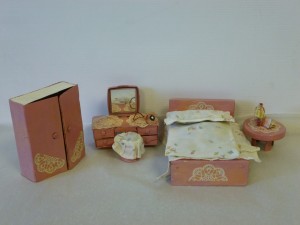 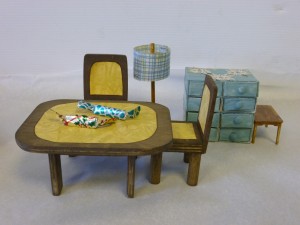 The two sets of drawers are constructed from a pile of Bryant and May’s match boxes, paper fasteners and polystyrene. They reflect the fashion of their time and are useful for storing dolls house nick-nacks! 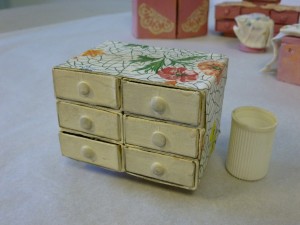 Do you have any dolls house DIY memories? Perhaps you made other items out of everyday materials? The things you can do with match boxes, sticky back plastic, bottle tops and egg cartons!

The costume and advertising collections are two of my favourites at the museum so you can imagine my excitement when I discovered an object in our off site store that combined both of my passions!

We believe that this wonderfully retro Plaza stocking display once belonged to the Craghead Co-op. We collected the contents of the Co-op 31 years ago, and as we are now emptying our off site store we are slowly finding all the interesting pieces that made the store come to life.  Plaza was a popular stocking brand from the 1930s right through to the end of the 1950s.  Plaza adverts featured in magazines such as Good Housekeeping (below and left, 1947,Image from kronstaat21.tumblr.com) and British Vogue (below and right, 1953, Image from vintagescans.com). 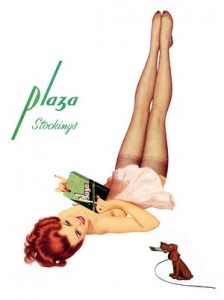 Its popularity must have waned though as it is no longer a hosiery company and there is very limited information out there.  Do you remember the Plaza brand? Any information you have would be really fascinating and helpful.

Stockings have long been an integral part of ladies fashion.  Black stockings were once even worn to go swimming!  They haven’t always just been a garment worn by women there was a time when they were worn just as much by men. Men wore them with knee britches (a short trouser) the stockings finished just above the knee and were tied with a ribbon.  As the fashion for longer britches developed, the male stocking slowly evolved into the sock, a much more socially accepted item of clothing for men in the 21st Century!

Up until the early 20th century stockings were made from either wool, silk or cotton.  The changing style of the stocking has been determined by ladies fashions, skirt length being a significant factor.  As skirt lengths began to shorten stockings became regarded less as an under garment and considered more as a fashion accessory.

Plaza stockings were sold in the 1930s 40s and 50s, at this time the stockings were described as fully fashioned. This simply means they were knitted flat and tailored to fit the ladies leg.  They had a seam running up the back of the stocking. Unlike today however, this seam wasn’t merely decorative it was an integral part of the construction, holding the stocking together. 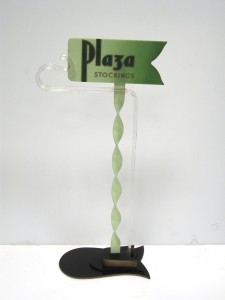 Fully fashioned stockings were made from a range of materials but at this time they were mostly made from silk or an artificial silk called Rayon.  The introduction of synthetic materials such as nylon heralded a new beginning for stockings, and paved the way for the stockings and tights that we wear today. 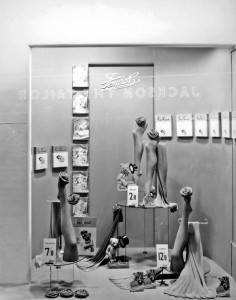 Nylon stockings were first introduced to the British just as the Second World War began. Nylon and silk were both allocated to the war effort though and making parachutes rather than stockings became a priority. By 1941 clothes rationing came into effect and stockings became a sought after black market item! Would you have bought stockings illegally?

‘Make Do and Mend’ was the ethos, but due to the fragile nature of silk stockings and the regularity in which they were worn, a couple of pairs of stockings were not likely to last the entirety of the war. Women therefore had to be inventive, and inventive they certainly were!

As it was considered socially unacceptable to appear in public wearing a skirt without stockings, women began to use gravy browning to stain their legs and eye liner to mimic the seam of the stocking! This gave the illusion that they were wearing fully fashioned nylon or silk stockings. The illusion however was sadly laid bare as soon as it rained! 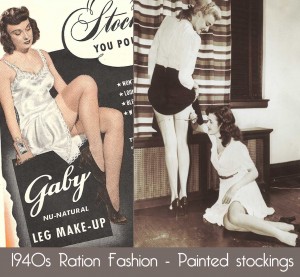 By the mid 1950s nylons were readily available to buy again, rationing was lifted and advertising was in full force. A new and exciting world of stockings was ready to be worn. This new world included the wonder that is the seam free stocking!

The stocking has undergone quite a journey, from underwear to fashion accessory; along the way charting social and political change.  None of this however would have been possible without the invention of the knitting machine in the 1500s by a man named William Lee. Without this man we would not have had the iconic fashion garment that is the Fully Fashioned Stocking!