Our ephemera collection volunteers, Bill and Julie, are busy as ever with auditing the museum’s collection of historical ‘bits of paper’, while trying to keep cool in our tropical (northern) weather! Here’s a highlight from what they have come across this week – one of the older items in the collection. It is an original Quaker marriage declaration for George Coates and Dorothy Cartwell, dated 7th August 1721. The document has been signed by members of the Backhouse family, who were a well-known banking family in Darlington, as well as many other notable local persons. 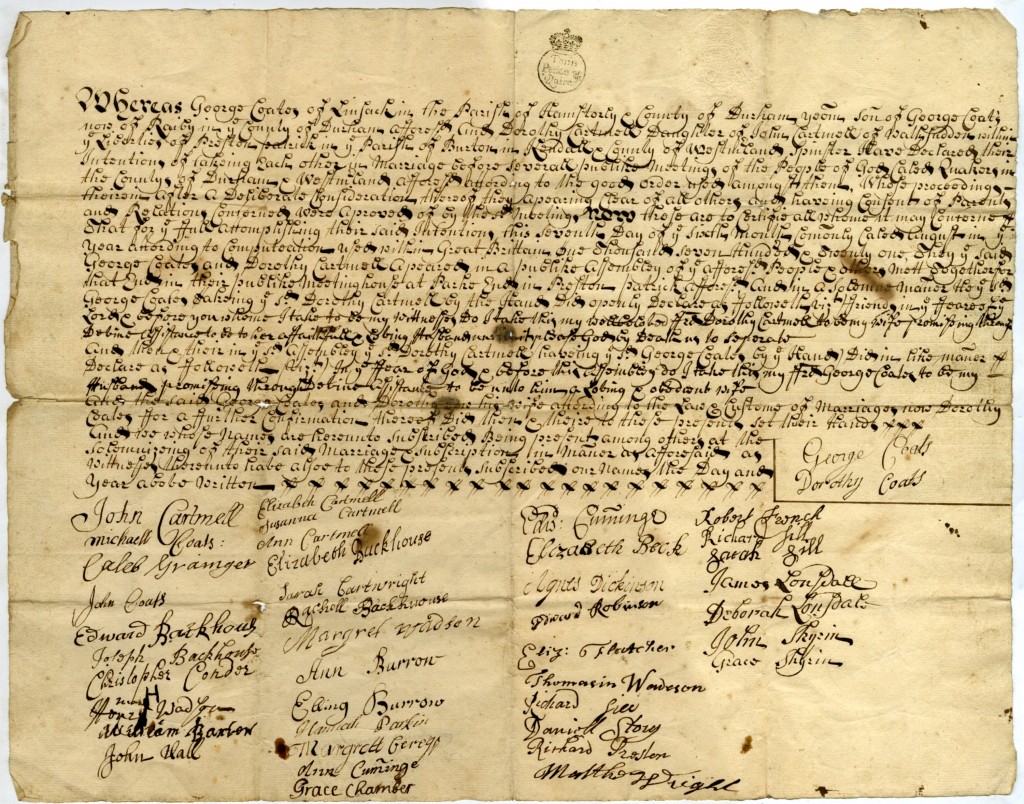 Stan ‘the Scan’, one of our busy volunteers, is continuing to scan his way through the museum’s million-plus photo negatives and as usual has picked out a highlight to share with us. This week’s archive gem concerns the 1921 miners’ strike. 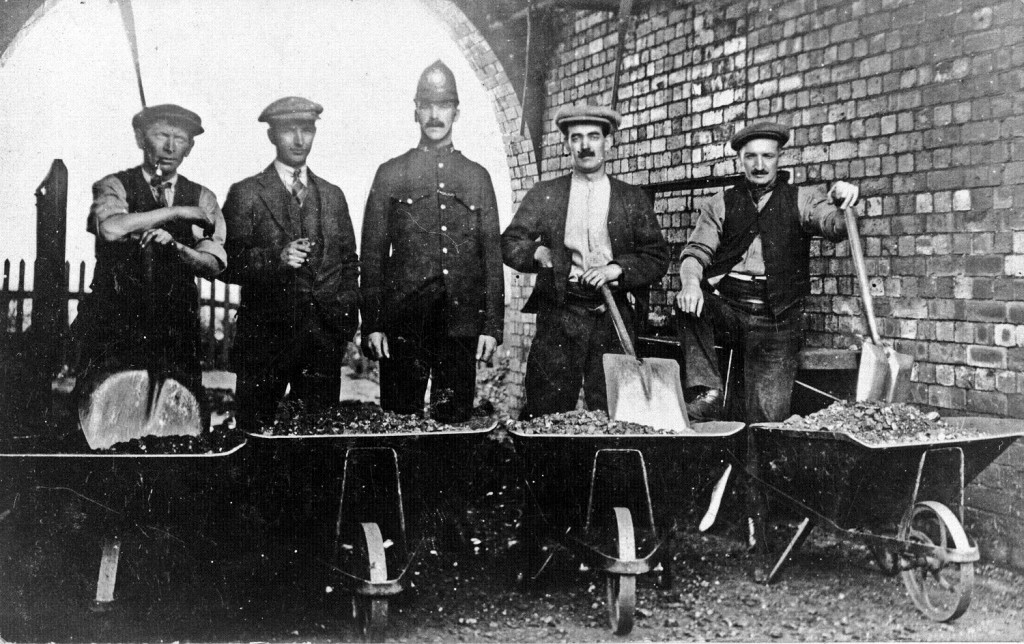 21494 – Officials at the Dean & Chapter Colliery, Ferryhill, distributing coal rations to strikers during the 1921 strike.

Beamish museum represents life in the North-East of England, which means our collections hold a wealth of material relating to mining and the sadly frequent disasters which befell this dangerous work. Here we have highlighted an object which marks a disaster being averted exactly 140 years ago today! On 9th July 1874 Robert Trotter, a miner at the collieries of West Pelton – very close to the museum site – saved his colleague Henry Porter from drowning. To show their gratitude the workers of the colliery presented Robert with this ceremonial clock, bearing the inscription; 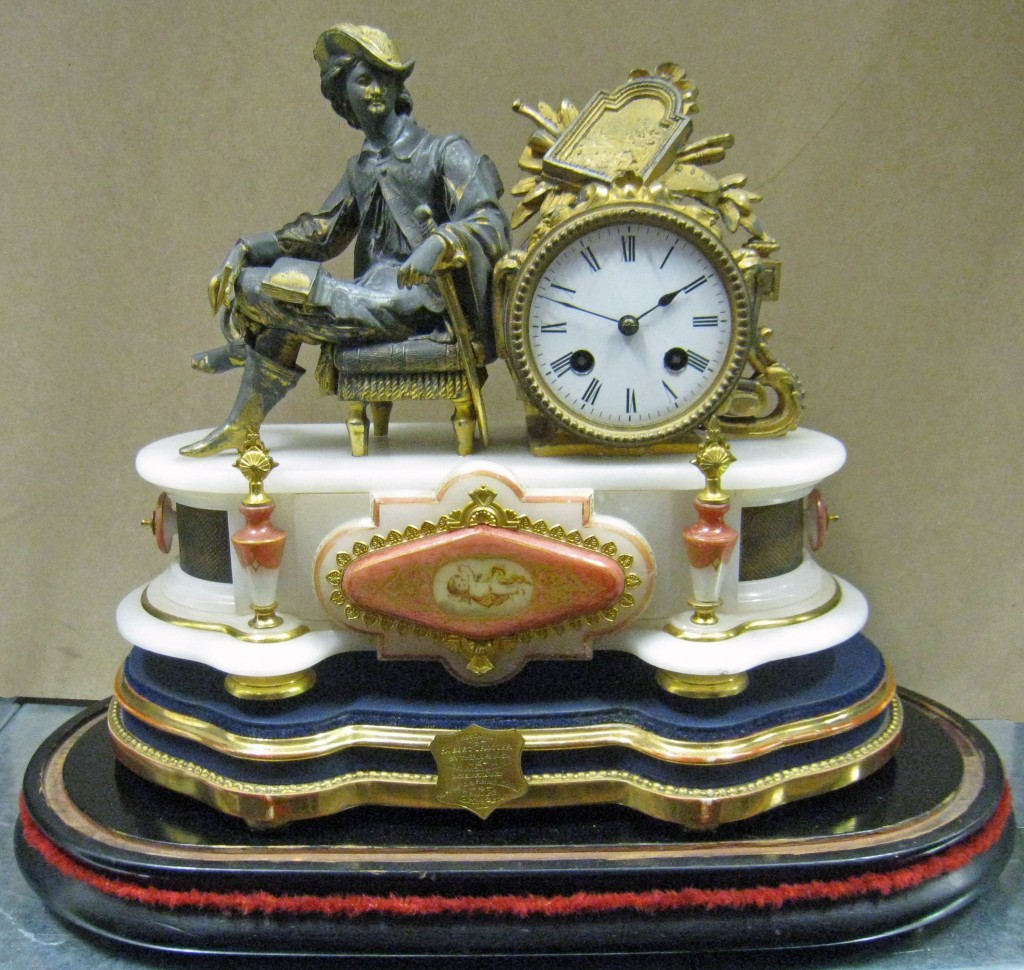 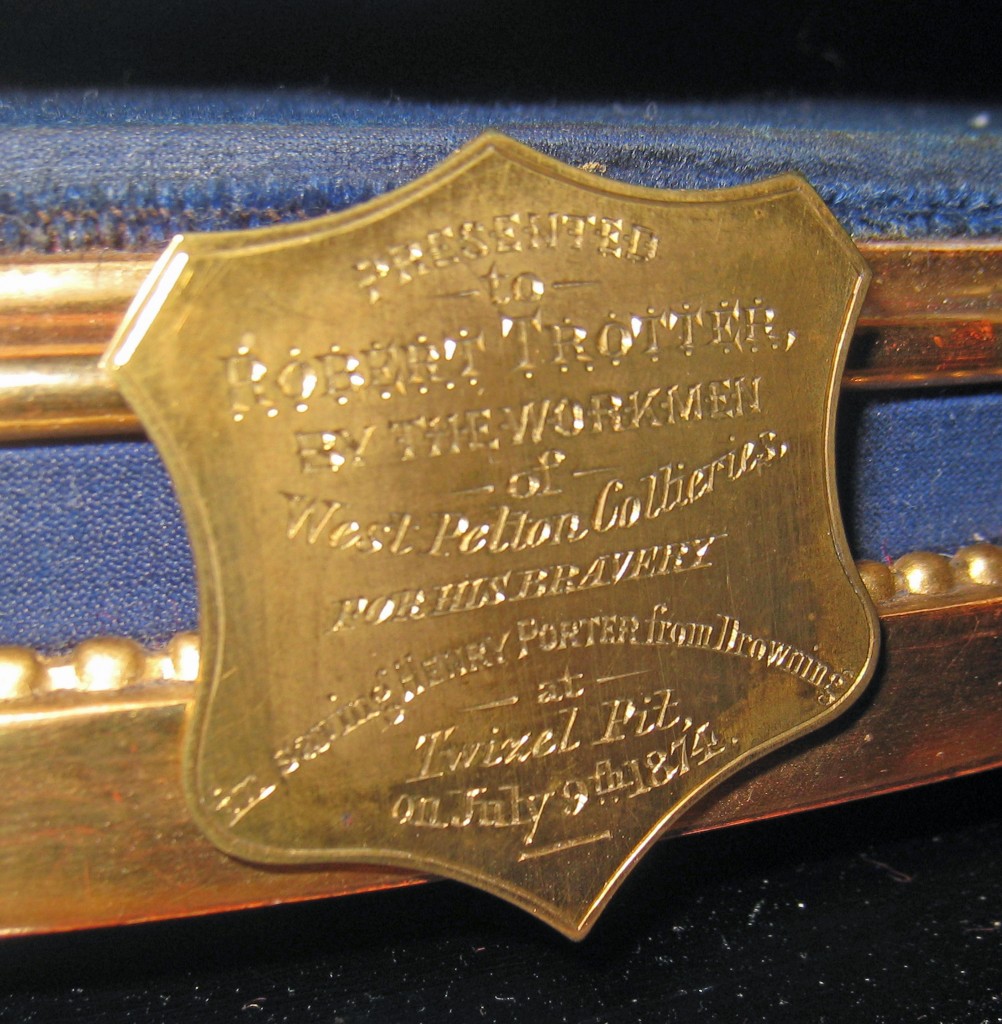 Visitors will be able to see this clock for themselves when it goes on display later this month in our new open stores aisle in Beamish’s Regional Resource Centre.