We’re just over half way through an exciting half term week here in the Beamish curatorial team: all week we’ve been holding our Great Donate event, collecting objects and stories from members of the public. We’ve been asking you to share your history with us by donating 20th century items, and by telling us your stories and memories.

We have launched our campaign to collect 20th Century objects as part of our exciting future development plans, which include a 1950s town and farm – we need your help to make this happen though, which is what the Great Donate is all about.

We’ve transformed our Collections Study Room into the Donation Station for half term complete with 1950s living room setup: 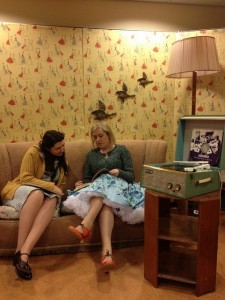 And if ours doesn’t take your fancy you can design your own: 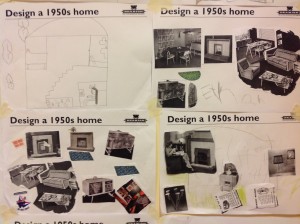 Some dream 50s interiors created by our visitors

As well as tea, coffee and Tunnocks wafers on tap –what more could you need? 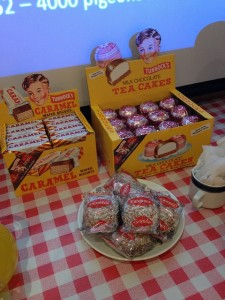 Authentic 1950s curator snacks – come and eat them before we do!

We’ve been here all week taking in some amazing objects: we’ve already had some great things brought in, from our lovely picnic hamper: 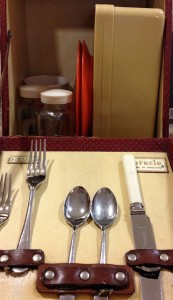 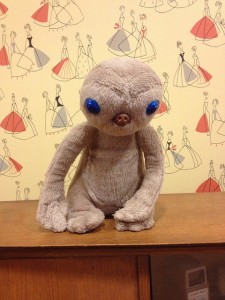 We’ve also had some fascinating memories shared – we asked visitors what they remember about the 1950s, and the results have been very interesting! Here are just a few snippets that people remembered:

“National Service and the 11+”

“Moving to Peterlee New Town in 1954 when I was 7 and starting a brand new school – I was first through the door!”

It’s exciting to think that we’re just over half way through and we’ve already been given some brilliant things and told some wonderful stories. We’re here every day from 10am to 4pm until Sunday 24th February, so there’s plenty of time for more! If you would like to donate something to us you can find out how here.

That’s not all for half term though – if you come down to our Pit Village this week you’ll notice a definite 1950s feel, as well as some fierce debates going on. That’s because we’re telling the story of County Durham’s Category D villages – find out more here, or come along to Beamish and join the debate!